The concept of NYSO was the brainchild of violinist, Viviane Ronchetti, in the early 1990s. In the article below she describes how the orchestra came into being, its ethos and what it set out to achieve. The article first appeared in the concert programme for the Fifth Anniversary Concert at St John’s Smith Square, in July, 2000. The concert was conducted by Sir Neville Marriner. Viviane was Director of the orchestra from 1995 to 2011.

…It doesn’t matter if the string parts are too hard for them – the brass will cover the worst bits.

I think this sentence alone was the starting point for NISA.

I wanted to introduce the pleasure of good string orchestra playing and the glories of the string repertoire to young string players in the hope that it would inspire in them the same enthusiasm that it always had in me. I wanted the results to be as professional as possible in an environment that was encouraging and inspiring, giving maximum confidence to the individual player. To succeed I knew I had to establish an organisation that could provide first class training from people who had spent their professional lives playing the chamber orchestra repertoire, and to ensure that the coaching staff were able to make a regular commitment so that we could build over time. I also needed to make sure that the fees required to achieve this would not have to be passed on in full to the students.

First I approached Audrey Butler, then headmistress of Queenswood School, Hatfield, where I was Head of Instrumental Music, with my idea and she introduced me to David Woodhead, Director of National ISIS – the independent schools information service. Audrey Butler offered Queenswood school with its excellent recreational and music facilities as a regular centre for the courses. David Woodhead and the team at National ISIS set about mailing information about the orchestra to their many members as well as investigating ways to raise sponsorship for the group from various sources. I then spoke to colleagues in the music profession – Roger Garland, Brian Hawkins, Maureen Parrington, Chika Robertson, Denis Vigay and John Gray to test their reaction and received one hundred percent support, which has continued ever since. In fact without that support, together with continuing help and encouragement from David Woodhead  and National ISIS, NISA could never have survived. By July 1995, I had the coaching staff, the venue, some financial support and a lot of good will and we set about encouraging students to come to NISA and try out the experience. We ran two weekends at Queenswood in October 1995 with an appearance at Earls Court Olympia as our debut performance. Everything went as well as we could possibly have hoped and we were set fair for 1996.

In 1996 we experimented with a working pattern of three courses a year. The last weekend of the February half-term provided time for trying out and learning repertoire from which we devised a concert programme for the main concert of the year. This always took a lot of thought as we had quite a mixture of ability in the group. We recommended Grade 7 or 8 as a starting point for audition but we had many students who were far in advance of this standard. Consequently, our first task was to select a programme that had aspects which were accessible to all with proper training but that held musical as well as technical challenges for the more advanced students. Programmes were planned to include a mixture of styles. Highlights from public performances in the last five years have included a sizzling Tchaikovsky Serenade at St James’s Piccadily in 1996; a very intense Elgar Introduction and Allegro at Queenswood School in 1997; a really professional Dvorak Serenade at St James’s Piccadily in August 1998; some stunning Bartok Divertimento and Elgar Serenade for Strings in Washington DC in 1999.

Sir Neville Marriner agreed to become a patron of NISA in 1997 and we thank him for agreeing to conduct NISA’s Fifth Anniversary Concert tonight.

Viviane Ronchetti studied the violin with Endre Wolf and Alexandre Mouskovsky at the Royal Manchester College of Music. She combined a career in teaching with freelancing in London. She was a member of the Park Lane Sextet and Guarnerius Quintet, and a founder member of the violin teaching staff at the I.L.E.A. Centre for Young Musicians at Pimlico School. She was Head of Strings at Harrow School and Head of Instrumental Music at Queenswood School, Hatfield. She taught at the Guildhall School of Music and Drama Junior department for five years and, in later years, travelled around the UK and abroad as a specialist strings adjudicator. 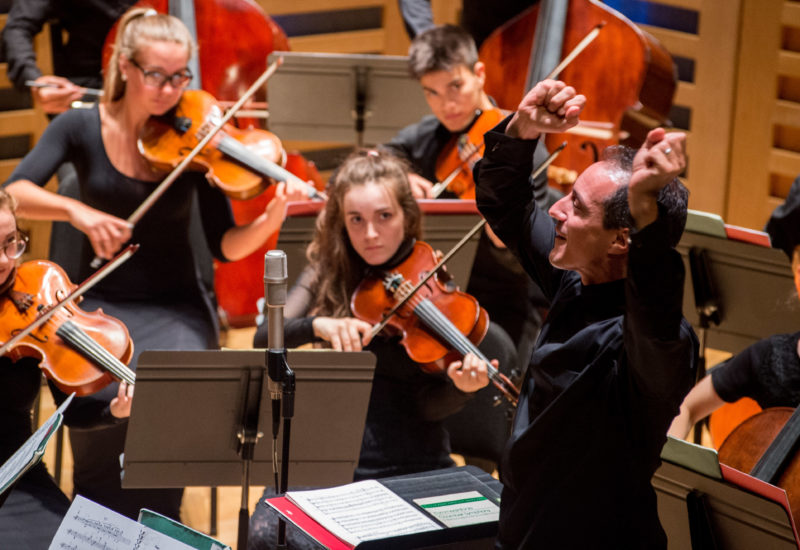 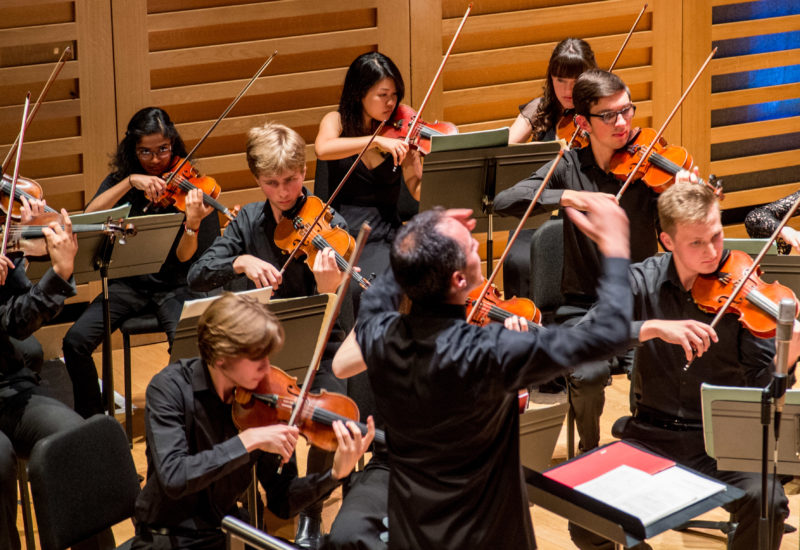 The continued generosity of our supporters enables NYSO to make our residencies accessible to a broad spectrum of talented young string players. This is fundamental to our ethos and key to our continued success.