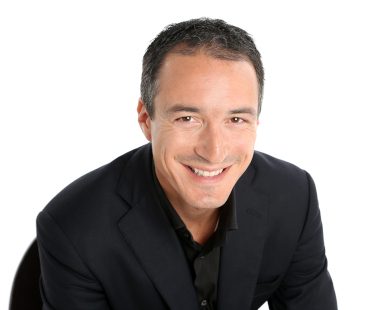 Born in London into a distinguished family of Italian and English musicians, Damian Iorio is a dynamic and gifted conductor, and enjoys an international career. Having begun his professional life as a violinist, following studies at the Royal Northern College of Music and Indiana University, Damian went on to study conducting at St Petersburg State Conservatoire whilst serving as a member of the Danish National Radio Symphony Orchestra.

Recent opera engagements include Magic Flute at Welsh National Opera and Boris Godunov at Opéra national de Paris, where he has previously conducted Smetana’s The Bartered Bride. He has conducted at Glyndebourne Festival Opera, Bonn Opera, Norwegian Opera and Helikon Opera in Moscow.&nbsp;Other productions include the Russian premiere of Nyman’s The Man Who Mistook His Wife for a Hat, which received a nomination for Best Opera Production at the Golden Mask Festival.

From 2014 to 2019 he held the position of Music Director of Milton Keynes City Orchestra in the UK. Previously he was Artistic Director and Chief Conductor of the Philharmonic Orchestra of Murmansk in Russia where he was the catalyst of its success and growth in both opera and concert performances.

Damian is a passionate advocate for music education and the right for anyone to access music. He has been involved in education projects worldwide and is Music and Artistic Director of National Youth String Orchestra of Great Britain.

He has made a number of highly acclaimed recordings for the Naxos label, and has been awarded the prestigious “Choc” rating by Le Monde de la Musique magazine. A recent release with the RAI National Symphony Orchestra was described as “…the best thing Naxos has put out in years” by Records International online.

In 2021 he launched Sfera Publishing, which focuses on string orchestra arrangements based on the newest critical editions of the original scores.

Damian received the Knight of the Order of Sant’Agata from the Republic of San Marino in recognition for his services to music. He is also an avid cyclist and especially enjoys riding in the mountains.

“A stunning performance...exciting, dramatic, thoughtful and introspective. It’s hard to think of all those adjectives imposed onto one performance but this was it. Iorio coaxed a great deal out of the Royal Liverpool Philharmonic Orchestra and it worked.”