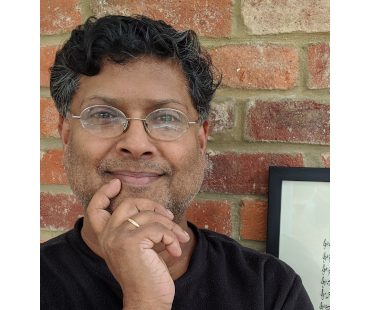 Enrico Alvares was invited by Sir Neville Marriner to join the Academy of St Martin in the Fields in 1991. Working closely with all three Directors (Sir Neville, Iona Brown, and Kenneth Sillito) he was a full member for ten years, during which time he worked with a full roster of the world's very greatest soloists. He has played with all the major British orchestras and is now a Fellow of the Royal Society for Arts, Manufactures and Commerce (RSA).

Enrico is a deeply devoted teacher and his teaching is a synthesis of his lineage. His father
(his first teacher) was a pupil of Bronislaw Fryling, a Sevcik pupil; whilst studying at the
Purcell School Enrico was a pupil of Carmel Kaine, an Ivan Galamian pupil (and leader of
the Academy of St Martin in the Fields); Enrico studied with the Amadeus Quartet for six
years, during which time he gained great insight into the teaching methods of Carl Flesch
and Max Rostal; he was introduced at a young age to Paul Rolland’s immensely liberating
approach to string teaching by the incomparable Roger Raphael; and finally, but most
certainly not least, Enrico is the very humble and grateful recipient of the unique Auer and
Heifetz tradition from many, many intense and closely-focused hours spent with Ayke Agus
and Adam Han-Gorski.

Enrico’s wish for his students is simple: freedom…of movement around the instrument and of
emotional expression. The means and methods change depending on the student – but the
goal is the same, freedom.

In addition to his musical achievements Enrico also has a deep understanding of the worlds
of finance and investment, having been a partner in Mayfair-based Bramdean Asset
Management. He has used this unusual mixture of skills to organise major charity concerts
such as the Kosovo Concert in 1999, the Concert For Nepal in 2015, and the Concert For
Afghanistan in 2021 – and he is now a regular promoter of socially-engaged concerts in
general. Soloists for past concerts have included Steven Isserlis, Julian Bream, Nicholas
Daniel OBE, Alina Ibragimova, and Wissam Boustany; conductors have included Sir Neville
Marriner, Daniel Harding, and David Murphy. Plans for 2022 include a coordinated
nation-wide series of concerts in the UK in support of the Afghanistan National Institute of Music.